How to express your USPs effectively to a target audience 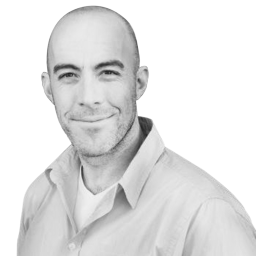 If you’ve ever seen the award-winning US sitcom Seinfeld, you’ll know that comedian Jerry Seinfeld delivers about 30 seconds of stand-up before the start of each episode.

He talks about different topics in each little skit and, in one of his routines, Jerry talks about medication, observing that over-the-counter remedies can brand themselves very differently from each other.

He highlights how, for instance, if you’ve got a headache, you can choose to buy medicine that’s either fast-acting or long-lasting, and that this subsequently prompts the bizarre but amusing question: when do you want to feel better, now or later?

It's funny because it's true

When you stop and think about it, consumers are put in a kinda ridiculous situation where they're given a slightly absurd and arbitrary choice to make [either consciously or sub-consciously].

But on a serious note, the joke also illustrates how important brand positioning is. Some people will go for one option while others will make a different choice, so we're talking about something that directly impacts our purchase decisions.

Ultimately, the way a business communicates its unique selling propositions [USPs] will influence whether it’s successful or not, so do you know the USPs for your business?

Remember that your personal opinion doesn't count for much; it's the market's view of your offer that counts.

Very few people make much money on the back of a hunch and success hinges on doing some top-notch detective work.

Nothing is guaranteed in business, which is why big, powerful companies go to great lengths to try and remove as much guesswork from their marketing as possible.

No matter what you sell, you have a target audience that has specific wants and needs that only make sense to them. They also speak and think about what's important to them in a certain way.

Hard research and analysis will reveal what makes your audience tick and help you to build up an eerily accurate customer persona.

That gives you a position of strength.

From there, it's far easier to create engaging, compelling copy because you can effectively spit familiar language back at consumers and hook them in immediately.

Rather than using any old words to communicate, your best bet is to simply use the sort of terminology that's most familiar to them. That helps you develop super-incisive messaging and allows your marketing collateral to cut through the noise.

Creating content with data and facts will make conversions much easier to get, but there's more... it’ll also help you create a powerful brand. And because building a brand means creating longevity, that's a target well worth chasing, right?

Let's go back to that headache situation and consider the painkiller market for a moment.

A packet of painkillers from a well-known brand can cost up to 10 times as much as those produced by a smaller company. However, they basically contain the same active ingredients and, all things being equal, both products will achieve exactly the same result.

It's crazy. You’d think an enormous price difference would put consumers off but this kind of positioning actually tends to have the opposite effect - people often pay more for stuff when it's produced by a brand that they know, like and trust.

As ludicrous as it sounds, this kind of consumer behaviour is grounded in human psychology and can be seen in just about every single market that exists.

So, how do you create a brand with this much leverage? Again, it boils down to attention to detail. Along with the science of making the tablets, pharmaceutical companies look at plenty of other aspects of their products too, such as:

Basically, leading pharmaceutical companies will do extensive market research and leave nothing to chance.

And it’s this level of precision that allows them to position their product however they want with unflinching confidence.

Plus, you know what else?

With painkillers, extensive research has shown that people often report experiencing less pain after taking branded medicine even even though that's probably not really the case.

Say hello to the placebo effect, people. It seems that some brands can even have a physical effect on customers.

So, the next time you find yourself wondering why your messaging isn't hitting home, think about your USPs. How much market research have you done?

You'd be surprised at how some detective work will make communicating the value of what you sell a lot easier.

Want to know how we can help transform your business?